VisioTerra has developed VtProbaV, a Change Detection Engine able to automatically detect changes occurring in remote sensing data. The generic engine is declined according to different thematics. In the present project, the detection concerns the fires and burned areas detected from the 1-day synthesis of Proba-V images (S1), atmosphere-corrected (top of canopy or TOC) and at a spatial resolution of 100m, i.e. from the NADIR camera.

From client side, the generic Change Detection Engine enables users to:

Easy deployment of VtProbaV on a ProbaV MEP Virtual Machine

During the development phase, VtProbaV has been developed on the VtWeb infrastructure based in VisioTerra premises in Champs-sur-Marne, France. After an on-site validation, the release 1.0 of the system has been deployed on a virtual machine of the Proba-V MEP infrastructure and called VITO infrastructure in the frame of this project.

The user can select the infrastructure he/she wants to use. Both systems are running well and the Change Detection Daemons are in phase with the production of new products.

The VtProbaV prototype for fire change detection and burnt area change detection shows to have high potential which could evolve to applications using data from other missions/instruments with more frequent acquisitions or more customised areas of interest.

Figure 1a shows the Proba-V scene acquired on December 12, 2017 focusing on one of the fire events located in South Sudan. Figure 1b shows in red the pixels automatically labelled as “Fire” by the service VtProbaV. Left panel shows this VtProbaV service. User can select the server (VisioTerra or VITO), thematic (“Fire” or “Burnt area”) and tile being the predefined 10°x10° tiles of the Proba-V grid for S1 products. By activating the “Search” button, a temporal chart is displayed showing the “Change score” over three years of Proba-V products processing. Users can focus on a specific time interval. By clicking on a particular point of the curve, the corresponding date is selected and five thumbnails are displayed giving the Scene to analyse, Image of differences, Rolling mean, Rolling occurrences, and Rolling standard deviation. 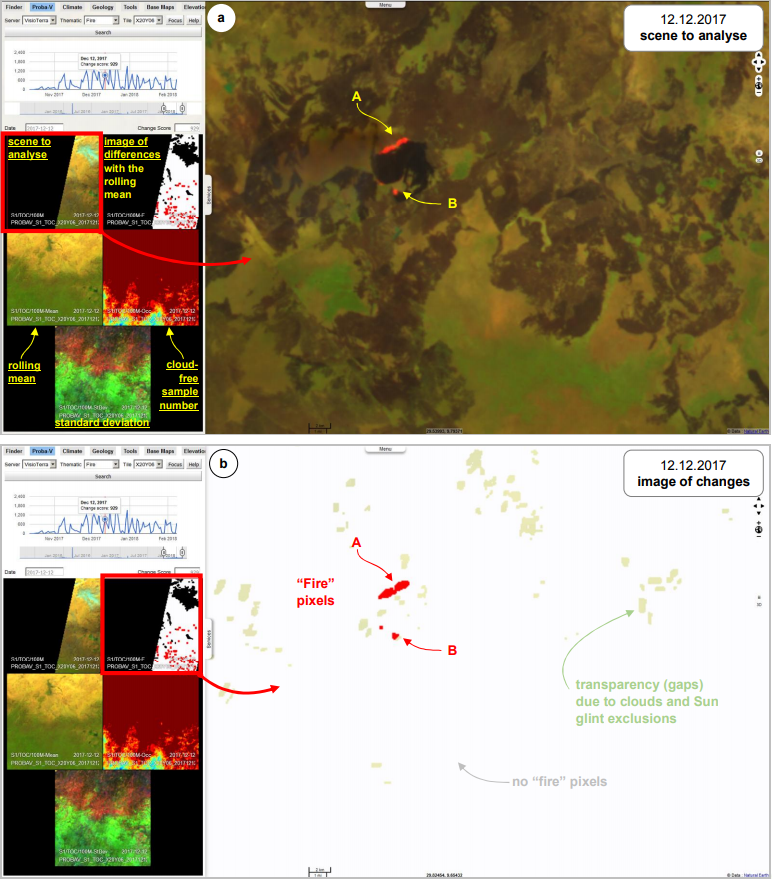 In fig.2, burnt area C is certainly due to the fires A and B of fig.1 while burn areas D have been produced by fires posterior to the 12 December 2017. 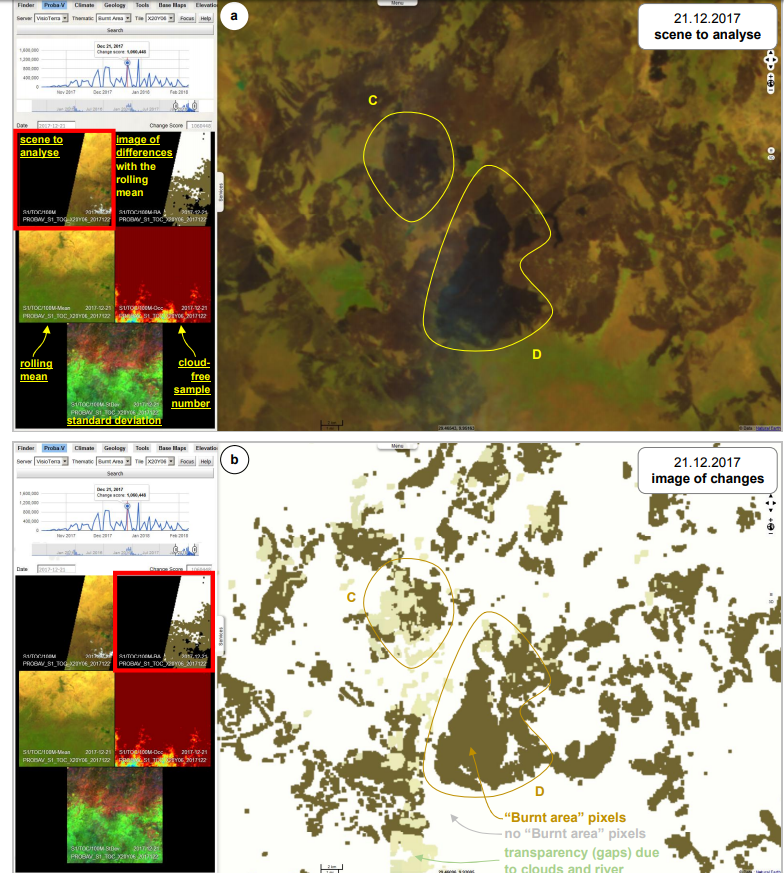